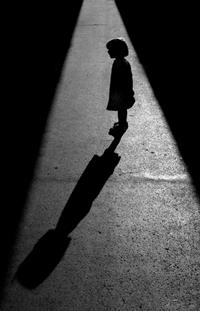 News of the Penn State abuse scandal did more than grip the nation; it dragged a too-long-hidden, taboo subject out from under the rug and into the glaring light of day. It ended the reign of a serial sexual abuser, a destroyer of childhoods, and gave a glimmer of hope to those who had been living with a terrible secret.

Our client, Damian Mallard, is a Sarasota attorney who helps abuse victims seek justice. When he heard the news coming out of Pennsylvania, he knew he had the opportunity to turn this terrible news around: to make the story about helping the hurt and righting wrongs, and about finding the courage within to reach out and seek help.

Finding the Strength to Speak Out

For Damian, this breaking news story was more than a way to garner attention for his law firm; it created a channel for abuse victims and their families in Florida to come out from the shadows of their terrible secret. The videos and content we created for Damian spoke directly to those who had been carrying the weight of their abuse and helped at least one mother put down her burden and speak up about the abuse her daughter was subjected to at school.

“She [the mother of the victim] said that she saw the strength it took for the families in Pennsylvania to come forward,” recalled Damian. “Because of the Penn State case, because I chose to cover the story, she had the inner strength to find an attorney. Before this, she was terrified to speak publicly about it.”

Imagine the relief the mother must have felt: finding the strength to come forward, to speak for her child, to bring the perpetrator to justice. Damian was able to give family members the voice they had struggled on their own to find.

The exposure that the breaking news content got Damian’s law firm did more than change the lives of one family. During the news blast—and to this day—he has been thanked by other abuse victims and their families. By bringing attention to the subject of the sexual abuse of children to his community, he has given power back to the powerless.

I am proud of the work Damian and his colleagues do for victims of abuse. Their fierce advocacy continues to help the abused find their place in the light. Thank you, from the bottom of my heart, for all you do.

If you’d like to cover a sensitive news topic but aren’t sure how to proceed, we can help. As attorney marketing and content specialists, our team can assist you in covering any subject, no matter how delicate, with care and compassion. Please call 888-886-0939 to learn more.