Attorney Mike Cardoza speaks about his experience working with Foster Web Marketing and what it has ... 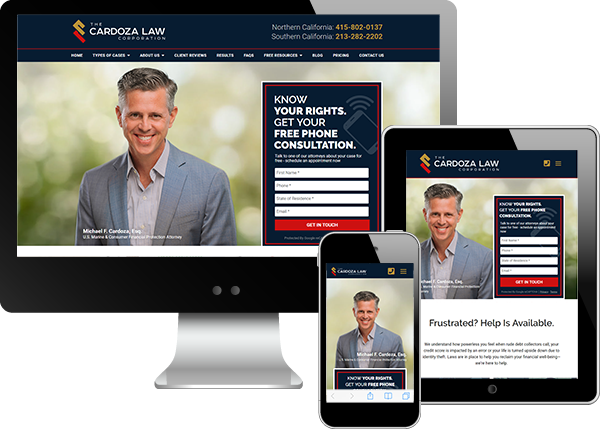 Mike Cardoza, founder of the Cardoza Law Corporation, initially came to us for a new website. That website launched with Foster Web Marketing in the summer of 2015, but Mike was motivated to do more. “I was just in the start-up phase,” Mike remembers. “My site had just launched and was barely built out. I was coming from ground zero.” Although he was a committed do-it-yourselfer, he knew he had a lot of work to do. 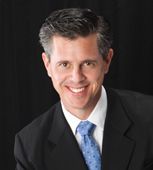 As he worked on his digital marketing strategy, Mike was very proactive. He wrote a book, developed email campaigns, and polished his online brand image. He nailed down his processes for business administration and made sure he was working from a solid business foundation. In the process, he also started doing monthly calls with Matt, one of our SEO experts, to check in on his progress. While he had already made a great start on his own, these calls would end up making a huge difference in the long-term success of his digital marketing efforts.

During the calls with Matt, Mike found that the conversation seemed very natural. He would bring ideas to the table, and Matt would help guide those ideas into actionable goals: “Matt would say ‘This is what you’re telling me you want as a client. These are the things I see them searching for. Here’s how to filter clients you don’t want. Here’s what’s happening on potential competitors’ sites.’ He handed me this brilliant project on a silver platter, and it worked!”

With Matt’s guidance, Mike was seeing measurable results and increased traffic to his website by the beginning of 2016.

The next step was to find a way to continue that coaching in a more concerted, formalized, and focused way. Since Mike had clear goals and was already a motivated DSS user, Tom suggested that he would be a perfect fit for our Strategic Consulting program. Mike agreed, and he began his Strategic Consulting calls at the beginning of October 2016.

Strategic Consulting is tailored to the needs of DIY clients, and it ultimately gives them a chance to “pick the brains” of marketing experts. Mike liked the program because it gave him a chance to maintain total control over his marketing strategy, but with the bonus of actionable advice from an expert. “Coaching doesn’t mean that you have to know how it all works,” Mike says. “You just need to understand why you’re doing what you’re doing.”

For example, Mike often approached Strategic Consulting calls by thinking out loud, and his strategist would help narrow down and develop those ideas. At the time, Mike’s main focus was promoting compelling content and offers for his law firm, and he had the benefit of an in-house video studio. With our team's guidance, Mike would produce his own videos each month and develop further content around the same theme or topic. His strategist would discuss the content with Mike and advise him on how to make adjustments and improvements with SEO in mind. Together, they planned out a long-term content strategy that would bring in results. We also suggested ways for Mike to bring his content and offers to a larger audience and improve his reach.

We helped Mike develop new strategies, reassured him that he was doing the right thing, and suggested better methods that Mike might not be aware of. Together, they focused on tackling Mike’s biggest priorities and working through it all steadily and efficiently. While we offered advice and helped with optimization tasks, it was mostly Mike implementing strategies and doing the work.

“I was getting new tips, new tricks, and more accountability with each call,” Mike says. “It started making everything make sense.” With guidance from Strategic Consulting, he was fleshing out his website with “evergreen” content that was driving toward a strategic end. The result was better quality leads and better conversion rates.

At the one-year mark with Strategic Consulting, Mike looked back on his numbers and saw roaring success. There was a 99.9 percent increase in total site traffic and a 40 percent decrease in bounce rate from October 2016 to September 2017, compared to the previous period:

There was an 89 percent increase in on-site goal completions/conversions:

His organic traffic grew steadily from 2015 to 2017. The red line marks the start of the Strategic Consulting program:

Here are the DSS conversions for the period he’s been in Strategic Consulting:

In short, Mike has had an explosion in leads and business growth over the past year. He added an attorney to his practice to keep up with the demand and has partnered with outside attorneys. In fact, his main problem now is that he has too many leads and can’t give them all the attention they deserve!

When he saw the numbers for the past year, Mike insists that his success was no surprise. “I was surprised when Jamie told me it had been a year since we started, but I was not surprised to find out that my site traffic had increased 100 percent because I knew what I did and why I did what I did. I saw it happen. It was not a shock.”

Why Strategic Consulting Made a Difference for Mike Cardoza

A big part of what made Mike so successful was that he was so proactive. “When Mike came to us, he knew what he needed to do and had a plan to accomplish it. He was proactive and focused. He knew where he was and where he wanted to be, and he had big ideas about how to get there, all he really needed was someone who could help him fact check and expand those ideas into something actionable and efficient.”

Mike feels that he got a lot out of Strategic Consulting, and it helped him bridge the gap in his understanding of marketing. “I think a lot of attorneys feel like they are being taken or abused by marketers. They’re wary because they don’t understand digital marketing. They are intellectually capable, but no one is articulating the whys and hows. Strategic Consulting not only helps you get results for your business, but also identify who offers solutions with the goals of your business in mind and who doesn’t. This is a rational, systemic process that is based on principles that work.”

The past year isn’t the end of Mike’s success story, and he has plans to harness his incredible growth and continue to drive success. In 2018, Mike is looking at continuing to promote his offers and videos, adding new offers, and further expanding his reach with Facebook and YouTube ads. He is so busy that he has outgrown the Strategic Consulting program and may expand into a more robust marketing services program through Foster Web Marketing. His goals in the new year are to continue to grow leads until it’s more than he can handle and improve the efficiency of systems that will suit his current needs and offer room to grow.

Are You A Lawyer Or podiatrist Who Needs To Get More Clients?

If you've been trying to get more leads, more clients or patients, and you're not sure how to get there, Foster Web Marketing is here to help. Contact us online or call our office directly at 866.497.6199 to schedule your free consultation. We have been helping clients throughout the United States and internationally since 1998 and are confident we can help you not only reach, but exceed your goals.