Is ColdFusion Dead?! A Myth That Keeps Misgiving 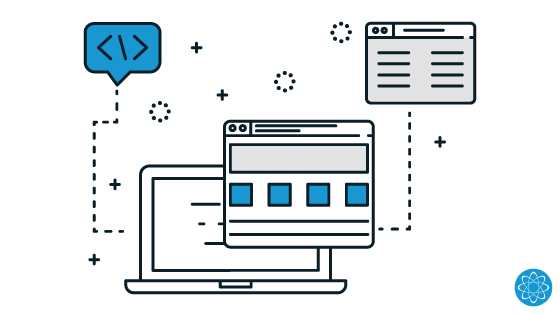 There’s this persistent myth out there that ColdFusion is a “dead” scripting language. It comes up every once in a while, usually after some kind of clickbait video goes viral with the proclamation. Everyone else jumps on the bandwagon, and the myth gets revived and circulated in the name of clicks. And, each time, we see a big uptick in the number of alarmed questions we get about the scripting language we prefer to use and why.

Well, to give you a little perspective, this is a myth that has been circulating for close to 20 years at this point, while ColdFusion continues to be very much alive as a popular, steadfast, and efficient language for website development.

Let’s dig into this more below.

What Is Adobe ColdFusion and Why Do Law Firms and Medical Practices Care?

Adobe ColdFusion is the scripting language that is the main driver of Foster Web Marketing’s powerful marketing and website management software Dynamic Self-Syndication (DSS), and it has been since our inception. ColdFusion is one of the most mature and well-developed languages for building websites, and it’s an absolute treat to code in.

It’s a great language, as far as we’re concerned. And, far from holding us back, it makes life easier and development faster. That’s really one of the big perks of ColdFusion—you can create very customized, very high-quality websites really rapidly.

Long ago, developers had to write all the HTML code for each page of a website separately from the others. This posed some real challenges. For example, if you needed to make a change to your phone number, you had to manually update your phone number on every single page of your site. That’s a lot of tedious work, especially for big sites with hundreds of pages.

Around the mid-1990s, “scripting languages” became available to developers. (In 1995, both ColdFusion and PHP released the first version of their scripting frameworks, and the modern versions of both are still widely used today.) These languages were designed to assemble webpages more pragmatically by automating some of the tasks that developers used to have to do manually. So, if you needed to update the phone number on your website, you could update it in one place all your webpages could reference dynamically.

That meant that, instead of being static HTML documents, the webpage’s markup could be assembled dynamically, using the new scripting language to grab the parts of the page it needed.

It was really exciting! Scripting languages demolished the previous limits on what you could do with your website. It meant that dynamically updated blogs, robust content management systems, market testing, and e-commerce all became possible. And, of course, they remain a huge part of web development today.

As far as why you should care…

That’s a great question. Ultimately, the coding languages used on your website only matter if they are in some way hindering the actual end result. While we absolutely encourage you to learn more about how your website is built and how it works on the backend, the skill and knowledge of your developers is ALWAYS going to be more important than what scripting language they use. A well-built, optimized ColdFusion site will always outperform a clunky, poorly handled PHP site—and vice versa!

The moral of the story is that you really have to look at the successful performance of the end result, not a bunch of fear-mongering about “dead” languages.

Why Do People Say That ColdFusion Is Dead or Dying?

ColdFusion finished out the ‘90s as a dominant language for website development. It owed this largely to the fact that, as a proprietary language, it had a team of passionate, dedicated developers, while open-source languages had a lot of catching up to do.

But the late ’90s and early 2000s were a crazy time in the dot-com world, and there was a lot of shuffling going on in the industry. Allaire Corporation, the company that originally developed ColdFusion, sold the product to Macromedia (the firm that created Flash and Dreamweaver), and Macromedia was later purchased by Adobe.

During this time, ColdFusion released updates less frequently, “resting on its laurels” to some degree. That’s when the first rumors of ColdFusion’s “death” really began. Open-source languages were gaining ground, and ColdFusion wasn’t really trying to compete.

However, recognizing the demand, Adobe renewed its efforts around the mid-to-late 2000’s and started cranking out updates, restoring ColdFusion to its polished and excellent state! It is still actively supported today, and new updates and versions are still released regularly.

Why Does Foster Web Marketing Use ColdFusion?

ColdFusion is an awesome language, and we use it to make awesome things. It’s intuitive, powerful, and supported by a dedicated team of exceptional developers at Adobe, giving us greater interoperability and reliability.

We have continued to use ColdFusion because we know it works reliably on a large, enterprise level. We host hundreds of websites for clients located around the globe. Our sites easily handle over half a million website visits a month, and we block over a million contact-form spam attacks a week. Plus, our sites load blisteringly fast. (Learn more about page speed and its impact on your search rankings.)

Ultimately, the answer is that it works well for us and our clients, and we have yet to see a convincing reason NOT to use ColdFusion.

Like any technology product that has been around for a while, ColdFusion has its vocal critics, and they perpetuate many of the misconceptions below. So, keep reading for a deep dive into the biggest myths about ColdFusion and why they don’t quite match up with reality.

Myth #1: ColdFusion is hard to learn.

Nothing could be further from the truth. ColdFusion is known as a Rapid Application Development language, and much of it uses a tag-based syntax, similar to regular HTML. If you have a basic understanding of HTML, you can learn ColdFusion very quickly.

The fact that it’s so intuitive and easy to use means we can innovate very quickly, which is a huge strength!

Myth #2: ColdFusion is old and outdated.

Like we said above, there was a slowdown in the release schedule for ColdFusion in the late 1990s/early 2000s. Undoubtedly, that temporary lull inspired this persistent myth. However, it is very decidedly not the case now.

Adobe has made ColdFusion development a huge priority, and a quick glance at the recent release schedule relative to other languages should dispel any concerns as to the freshness of the language.

Moreover, the idea of a language being “old” very much misses the mark. Most web-development languages are as old as or older than ColdFusion, but the fact that it has been around so long speaks to its reliability and maturity.

At a substantive level, the ColdFusion debate centers around software philosophy—proprietary versus open-source languages. And that’s really just a matter of preference.

The advantage of using proprietary software is in development cohesion and support. ColdFusion (and DSS) have been developed and are supported by dedicated teams. PHP, WordPress, and other scripting languages—like most open-source software products—are developed by a looser organization of people with fewer dedicated resources and less accountability.

But with ColdFusion and DSS, you get a whole team of cooks in one kitchen, working together with premium ingredients. We value the interoperability and reliability that comes with having a well-endowed, dedicated support team, as opposed to riskier (and frequently less secure) open-source options. (Learn more about security and privacy at FWM.)

Nonsense! Not only is ColdFusion still supported, but ColdFusion’s dedicated support team is one of its strongest advantages! There are annual Adobe ColdFusion conferences; the next one will be held in July 2022. There is also a robust online community of ColdFusion users, hosted by Adobe. If that isn’t enough proof of a vigorous support network, there’s also an official ColdFusion blog that gets updated all the time. And, should users have questions or get turned around, the support team can and will help. Try getting that from open-source software.

Poorly written code, underpowered servers, and bloated databases make websites slow. ColdFusion doesn’t have this problem and neither do we. In fact, our sites, all built using ColdFusion, routinely receive blazing fast scores on a variety of page-speed tests.

At this point, most scripting languages are sophisticated enough to avoid causing bottlenecks. Far more important to website performance than the language that’s used is efficiently written code and high-quality servers—and FWM has these things in spades.

To make our software and websites run as quickly and smoothly as they do, we employ a team of U.S.-based software developers and IT experts, and we own all of our own servers in our Reston, Virginia data center. We’re a real software development company; and, frankly, our sites speak for themselves.

Not only do people still widely use ColdFusion, it’s currently used for the websites of a bunch of Fortune 100 companies in the United States, including:

So, as you can see, it’s a pretty tough sell to say that “nobody” uses it. Lots of high-profile, high-volume sites use and rely on ColdFusion for their websites.

Don’t Fall for the Fear. Get Focused on the Things That Actually Keep Your Website Competitive.

Myths like the ones we talked about above exist solely to disrupt trust between businesses and their web agencies. They try to get you riled up about some minor, nerdy thing that “sounds true,” but they don’t back it up with real evidence. It’s just a cheap way to convince you that what you’re doing is wrong and get you scared that you’re missing out on some kind of secret knowledge that will give you an edge.

Don’t fall for the hype.

Ultimately, as long as you are happy with your website, and it’s meeting or exceeding recommended benchmarks, it doesn’t matter what scripting language your developers choose to use. What actually matters is that your website is fast, modern, and doing what it should—and that will always be our priority over what the flavor-of-the-month scripting language happens to be.

Are You A Lawyer Or podiatrist Who Needs To Get More Clients?

If you've been trying to get more leads, more clients or patients, and you're not sure how to get there, Foster Web Marketing is here to help. Contact us online or call our office directly at 866.497.6199 to schedule your free consultation. We have been helping clients throughout the United States and internationally since 1998 and are confident we can help you not only reach, but exceed your goals.

by Tom Foster [email protected]
Connect with me
Founder|Owner, Speaker, Creator of DSS, World of Marketing Podcast Host, EOS Implementor
2 Comments
Hi Scott, This blog was originally posted on 2/10/2015. Coldfusion has been updated as recently as December 2014 as you can see here - https://en.wikipedia.org/wiki/Adobe_ColdFusion#Release_history. There is also a Coldfusion blog for their community that is updated regularly - http://blogs.coldfusion.com/ There is an upcoming Coldfusion conference located in Last Vegas November 9-10. If you're interested in learning more about Coldfusion - http://cfsummit.adobeevents.com/ Every language has its own group of followers and there are positives and negatives to all coding languages. We are big supporters of Coldfusion and think it's great, but obviously everyone is going to have their own preference. Hope this helps! You can always email me at [email protected] if you have further questions.
by Zach Stone May 18, 2015 at 04:29 PM
When was this written? I cant find a date on this article any where. Our website development company is telling us this "ColdFusion is no longer a platform that is being developed or used by the industry" based on your article this is not true. Please provide me a date and any other info that would be helpful. Thanks
by Scott May 18, 2015 at 10:40 AM
Post a Comment