Avvo: Love it? Loathe it? Or Maybe a Little of Each?

Avvo. I'm guessing that you have an opinion on the attorney rating site. In this article, we will be looking at Avvo and learning how to use it to the best advantage for your law firm.

Let's get to the bottom of what Avvo is, what's to love, and what's to hate.

Avvo was created in 2006 to fill a perceived online void in ratings and referral systems for attorneys. Avvo strove to make itself different from (and in its manager’s eyes, better than) other systems such as FindLaw and LexisNexis Martindale.

Avvo reports that its directory contains information on more than 95 percent of licensed attorneys in the United States. To come up with a rating for each attorney it lists, Avvo takes public information from across the Internet (including your website) and plugs that data into its ranking algorithm. Their algorithm is made up, in part at least, of the following:

With this information, Avvo comes up with a ranking (from 1 to 10: "extreme caution" to "superb") for each attorney. Keep in mind that each of these factors is weighted differently, and like most rating algorithms, Avvo calls its algorithm proprietary. It keeps the formula secret to prevent attorneys from gaming the system—you know, like when shady SEO firms ran link-building schemes and people stuffed keywords into their content. Because of this, the rest of us are left to guess exactly how they assign each attorney a rating.

Also, there is an important distinction to be made between the ways Avvo rates attorneys. There are two distinctive ratings on the site: an Avvo rating and a client rating. The client rating does not affect the Avvo rating; the reverse is also true. According to Avvo, this was done to give users two metrics by which to judge a lawyer—the Avvo-generated rating and the client rating. Avvo managers believe that this gives users a better picture of the attorney, and compensates for the lack of more subjective metrics (attorney personality, efficiency, etc.) in their rating system.

Beyond the rating basics, Avvo offers some other, more "advanced" options. One of these is the ability to pay to have your ad displayed on the website. If you choose, you can also pay to get a premium membership. A premium membership would allow you to come up higher in search results on Avvo and remove other attorney advertisements from displaying on your profile.

Additionally, Avvo has a "Legal Marketplace" that allows attorneys to bid on a prospective client's legal needs. In general, these cases are small, such as fighting a traffic ticket or getting help with an order or protection. There has been much discussion over this, and only time will tell if it will be useful to clients and attorneys alike.

What's to Loathe About Avvo? 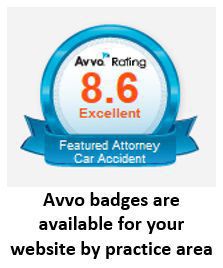 Avvo has not been without legal troubles. A lawsuit filed against the company alleged that the site was a scam and libelous. However, the suit was dismissed based on the fact that the ratings are an opinion, not a fact, and thereby were protected by the First Amendment right of free speech. And so, like it or not, it seems that Avvo is here to stay.

One perceived problem with Avvo is that its rating system only takes into account hard facts: time in practice, published cases, and the like. The formula doesn't factor in how personable an attorney is, what it's like to work with her and if she returns calls in a timely manner. Avvo believes—and states on its website—that to combat this, users must not rely solely on Avvo to vet the best possible attorney for any given case. Instead, Avvo managers encourage those in need of legal advice to look at client ratings, information from the state bar association, and the website or web presence of the attorney. They argue—and I agree—that while an Avvo rating should factor into the decision to hire an attorney, it's only one piece of the puzzle.

The biggest complaint about Avvo is that you are likely listed on the site, whether you approve of the company or want a listing. And more than listed, you are rated. The problem with this is that Avvo gets its information from independent Internet research, and some of the info has been found to be inaccurate—no shock there! More than one attorney has checked out their listings on Avvo only to find that essential information is incorrect. Wrong city, wrong firm name, wrong partner, you name it: Avvo can get it wrong. Unless you claim your profile, that is. This brings me to my next point.

What's to Love About Avvo?

On the flip side, there are attorneys who swear by Avvo. They have claimed their listings and frequently add additional speaking engagements and professional accomplishments to their profiles. These Avvo fans enjoy the fact that they have access to the more than five million users who visit the site each month. And unlike other review sites, if you take control of your listing you can improve your rating. By adding professional achievements and ensuring that all of the above rating factors are fleshed out, you can dramatically improve your rating—for free.

And as I discussed above, you have the option to pay to advertise on Avvo, participate in its marketplace, and improve your listing. This could be a great opportunity for smaller law firms trying to get their foot in the door of their local markets. The only word of caution I have here is that you ensure that any advertising you do on the site falls in line with the rules and regulations in your state. Before you advertise or join their marketplace, be sure the ethics rules in your state (or the most strict state you practice in) allow for it.

Whether you love or loathe Avvo, the one thing you should never, ever, do is respond in anger to a negative review. There have been several instances where an attorney lashed out at a negative reviewer and got into trouble with his state bar. In one case, an attorney in Chicago was reprimanded by the Illinois ARDC for revealing client communications. The reprimand occurred after the attorney lashed out at the reviewer by revealing that the client (an airline employee who was attempting to collect unemployment benefits) had gotten into a physical fight with a coworker: a big, huge, no-no.

If you type without thinking, you too could be reprimanded by your state bar, something that would most defiantly show up on Avvo—and across the Web—and negatively impact your image.

So what do you do if a client writes something negative about you? First of all, take a deep breath and step away from the computer. When you sit back down, read over our top tips for responding to bad reviews. Believe it or not, negative reviews can actually help improve your image when you respond the right way.

Yes, yes I do! And I think you should too. Any of Avvo's pitfalls can be easily mitigated by claiming your profile, a process that is simple and, perhaps best of all, free. To me, claiming your listing is a no-brainer. It gives you a quality, highly relevant backlink and helps you manage your legal reputation. And it really doesn't get much better than that!

How to Claim Your Profile on Avvo

If you're ready to make the most of Avvo, to join the “love it” (or, at the very least, “accept it”) camp, head over to Avvo and:

And beyond required information, I recommend taking it a step further and completely filling out all information, required or voluntary. Remember, we don't know exactly how Avvo rates attorneys, so it's better to give too much information than not enough.

Fix mistakes in the public record.

If you claim your profile and find that Avvo has inaccurate information from your state, you will need to address this with the appropriate organization within your state, asking them to have your record changed. You can alert Avvo to the change, or simply wait until they do one of their periodic updates.

If you find that you have few or no client ratings on Avvo, be sure to address this with your review-gathering strategy. There are many ways to open the door to more positive reviews; you just have to ask! The same goes for peer ratings. These factor into your Avvo score, so don't be afraid to reach out to your contemporaries and ask for their endorsement.

Are You Searching For A Trusted Marketing Partner For Your Law Firm Or Medical Practice?

If you have been seeking an experienced marketing agency to help your law firm or medical practice attract more leads, close more clients and make more money Foster Web Marketing can help. Please contact us online or call our office directly at 888.886.0939 to schedule your free consultation with our experienced marketing team. We have been helping clients throughout the United States and internationally since 1998 and are confident we can help you not only reach but exceed your goals.