Nouns and verbs. That’s where we all started with English grammar, all the way back in first grade. Remember Mrs. Schimmelfarb? Mean teacher, but by the time you were ready to advance to second grade, she made sure you understood your nouns and verbs. Things and actions, and they always went hand-in-hand. Plural nouns have plural verbs; singular nouns have singular verbs, and you’d better remember it, because it will be on Mrs. Schimmelfarb’s test.

Things look a lot less clear-cut now that you’re responsible for website content for your small business, law firm, or medical practice. In these columns, we’ve tackled issues of singular and plural nouns before, and yet people still keep making “errors of number,” as grammar mavens call them: 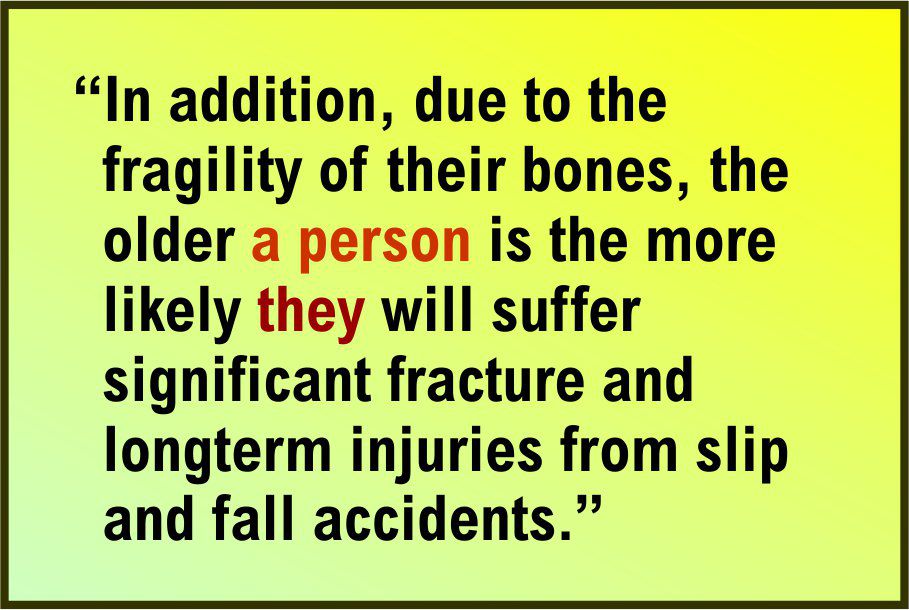 It’s about to get worse. Today, we’re going to look at five specific areas where even the most scholarly writers trip and stumble over conflicts between singular and plural. Grab your hardhats, because we’re going to proceed carefully through these tunnels to emerge in the bright light of understanding. Or, at least, that is my hope.

Some Latin nouns have marched right over into English vocabulary. That’s perfectly fine; English has always been pretty wanton about adding new words from other languages. The tricky aspect here is that some of the words kept the original Latin rules for becoming plural, and some went with the “stick an -s on the end and forget it” rule that English uses for most nouns (for instance, sofa or anaconda). Of particular interest today are nouns that end in the letter A.

Singular nouns that end in -a

Singular Latin nouns of the first declension naturally end in -a. For a few of those words, English keeps the plural Latin ending -ae. Many of these plural nouns are scientific or medical terms, but the ones in common use include algae, alumnae, larvae, minutiae, sequelae, and vertebrae.

More of these Latin nouns have two plural forms: the original Latin ending -ae, and the conventional English plural -as. Anyone may choose to use whichever plural fits the context, for example, by using “antennas” when talking about modern ham radio hobbyists and “antennae” when talking about beetles. Some common English words which allow a choice between plural forms include antenna, aurora, formula, nebula, and persona.

Plural nouns that end in -a

Singular neuter Latin nouns of the second declension typically end with -um, and the plurals end in -a. Among the many, many familiar English words that follow this pattern, we will list bacterium, conundrum, curriculum, honorarium, memorandum, millennium, referendum, quantum, quorum, spectrum, and vacuum. The only tricky thing here is remembering that, for instance, strata must go with a plural verb, not a singular one.

Words of uncertain number that end in -a

And then we have these exceptions to the rules; they require very special attention:

Strictly speaking, agenda is the plural for agendum, an item on a list of objectives to be accomplished. But agendum is used so rarely that it’s almost obsolete, and virtually every writer will use agenda as a singular noun, with the plural agendas.

This a plural word borrowed from Greek. Its singular counterpart is criterion. Don’t use the incorrect plural “criterias”; it’s not really a word.

It’s plural; the singular English word is datum, meaning a single fact. In popular usage, data is almost always treated as a singular collective noun (we’ll discuss those shortly), and treating it as plural sounds odd. I don’t think this battle is worth fighting. Use data as a singular noun if it pleases you.

The singular noun medium has two plurals: media (meaning “modes of communication,” as used in the phrases mass media and social media) and mediums (meaning “spiritualists and psychics”). I think purists who want to hold the line on media as a plural noun are doomed to lose, but this struggle still generates a lot of passion. If you choose to use media as a singular noun, be prepared for some backlash.

Another plural word from Greek; the singular word is phenomenon. I take a hard line on this one; never use the non-word “phenomenas.” It makes me shudder even to type it.

We briefly mentioned collective nouns a short while ago. These nouns represent groups of people functioning together. Even though the words mean more than one, they are treated as singular in American English. For example, consider the sentence, “The class is going on a field trip to the zoo.” The word class is treated as a single body of many people and takes the singular verb is going.

Simple, right? If only that were true. When the members of a collective noun are considered on an individual basis, then the collective noun may be treated as plural. For example, “The class ate their various sack lunches near the alligator exhibit.” The plural adjective their is acceptable here, because each child of the class is being thought of as a separate person. This usage is somewhat rare in American English, but fairly common in British English.

The two exceptions: The word people is a collective noun that is always treated as plural. In addition, when an adjective is used as a noun to identify a subset of people for examples, the unemployed or the ultra-rich, those terms are treated as plural, too.

Our language has a whole mess of words that can be used as collective nouns. Some of the most popular are these:

The essential thing to remember: context determines whether the collective noun will be treated as singular or plural.

Fixed groups of people in formal associations, organizations, and businesses are always treated as singular nouns. Examples would include the Air Force, the U.S. Bankruptcy Court for the Central District of California, the American Red Cross, the Human Resources department at your company, and the New Jersey Democratic Party.

The rule that every formal group is treated as singular holds true, even when the name of the group looks like it should be treated as plural because it contains a word ending in -s or multiple names joined by “and”:

A special caution here: It’s fairly easily to train oneself to remember to use singular verbs with organization names: “Sheply and Sons is having a going-out-of-business sale.” It’s more challenging to remember to carry over singular references to pronouns and possessive adjectives, as in “Sheply and Sons is celebrating its 40th year in business,” rather than the incorrect “their 40th year.”

There are a few other special cases where words ending in -s require special handling:

Pants, trousers, eyeglasses, and scissors all reference unitary objects, but they are treated as plural nouns.

It’s always treated as singular. “No news is good news” is grammatically expressed, albeit a dubious sentiment.

Treat them as singular. Examples: “Measles is rising to near-epidemic levels in central South America.”

Physics, economics, mathematics, politics, and other specialized fields are treated as singular.

The word gymnastics is handled as a singular noun. The cases for the words sports and athletics are unclear. Most of the time, these words are plural, but in some sentences such as “Sports has become a significant revenue source for the university,” they function as singular collective nouns. Use your own instincts, guided by the sense of the sentence.

A numerical expression followed by a named currency will be treated as a singular phrase. “Ten thousand dollars is a great deal of money for only six minutes’ work,” for example.

Our fifth and final category looks at how one forms plurals from certain complicated singular noun phrases. The general rule is to locate the essential nouns and pluralize those. Specific categories include:

Phrases borrowed from other languages.

Both examples in my notebook are from French. The preferred plural of cul-de-sac is culs-de-sac. Chaise longue may be pluralized either as “chaises longues” or “chaise longues.”

Whose Usage Are You Going to Use?

Nouns and verbs. Singular and plural. When the concepts that seemed so self-evident in Mrs. Schimmelfarb’s classroom dissolve into chaos, where do you turn? Most of us will eventually groan and open up our dictionaries, but the shocking fact is that even the most comprehensive dictionaries can disagree on usage. If the authorities contradict one another, what will you do next?

Here’s our answer: You’re the boss. If you are writing or editing web content on a regular basis, then you have the authority to decide what makes sense to you. Choose an option, apply it consistently, and participate in the debate if readers don’t agree with your choice. That’s why web pages have comment sections, after all!

Here at Foster Web Marketing, we rely on our all-U.S.A. staff to apply their familiarity with standard American English across the board. Yeah, occasionally we make mistakes, but when they’re called to our attention we acknowledge them, fix them, and use the incident as a learning opportunity for everyone. If you found this article helpful for your own writing, please take the time to read some of our other grammar and usage posts, available without charge or commitment on this website.