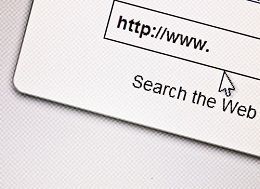 When you need to find out what time a movie is playing, where you should go for dinner, or where the nearest car repair service is, you don’t look it up online—you “Google it.” The search engine has become a household name for a reason: it has been the most popular search engine for many years running, and continually offers changes to keep users and services connected with a single click.

But now, Google may face penalties for pointing customers in the wrong direction—namely, its own front door.

How Google’s Biased Search Results May Cost Users (and Businesses)

Earlier this year, a report by the Federal Trade Commission found that Google had been favoring its own listings on its search result pages, placing competitors at a disadvantage. Now, Yelp has filed an antitrust suit against the search engine giant, as well as commissioning a study showing how users are hurt by Google’s unfair rankings. Some of the accusations leveled at Google include:

What does this mean for you as a business owner? For one thing, it means that you should have your business information listed in as many online media forums as you can to allow potential customers to find you. The more you integrate with other platforms, the more weight your firm will have online. If you need help developing an SEO strategy, call 866-460-3724 or shoot us an email to find out how we can make sure your customers don’t get lost on their way to you.