How to Think Straight About the Advice of SEO Influencers 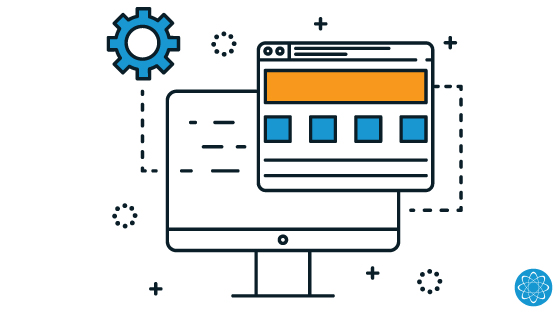 SEO influencers are everywhere. You see these popular personalities popping up with their videos, emails, and social media campaigns. You see them speaking at conventions, promoting their businesses and selling their books. They amass followers that boost their message until it becomes THE prevalent message—or, at least, right up until the next influencer takes the spotlight with even more sensationalized claims.

To some extent, you might say that this is just the way the internet works. The problem is that, a lot of the time, the advice these influencers are giving is over-simplified, over-blown, or outright misleading. And it ends up hurting law firms more than helping them.

That’s why we’re here today. We absolutely applaud you for wanting to learn more about law firm SEO and marketing yourself online, but we also don’t want you to end up being the hamster in an SEO influencer’s experiment.

So, before you’re tempted to fall for the wrong hype, let’s talk about how to think straight about the claims of SEO influencers.

Why So Many Popular “SEO Experts” Actually Give Pretty Terrible Advice

Let’s be clear—not every influencer is terrible. There are plenty of good SEO educators out there that provide valuable information and help lawyers make wiser decisions about their law firms. Unfortunately, they’re not the majority. The nature of the game means that reasonable, evidence-based education isn’t always at the top of the social media hotlist on any given day. Instead, it’s usually whoever is shouting the most outrageous thing the loudest. So, you can see the problem.

That’s why it’s so important to think about why SEO influencing is a “thing,” who rises to the top in that competition for the spotlight, and why potential influencers are so motivated to spread bad advice.

Ultimately, influencers need clicks and constant new attention to keep going. That means that they often focus on:

That’s the influencer’s world. They latch onto new techniques, small facets of strategy, and potential loopholes to drive interest. Their advice comes with clickbait-y titles, and it’s reinforced by 20 other influencers trying to jump on the bandwagon or join the fray. There’s no avoiding it!

But—here’s the real issue—it’s all being presented as some kind of huge solution or huge “secret.” And the nature of influencer culture on the internet is that it blows up small things, while all the boring, sustainable things that actually mitigate your risks and make you successful fall to the bottom.

Ultimately, their advice may give you some kind of boost, or it may not. And that’s where you need to be careful. So many of these kinds of claims are totally unverified or haven’t been tested widely. And absolutely none of it is a magic bullet that will instantly make you successful over the long term. Sometimes, the research even reveals the exact opposite of what the influencers claim!

It’s not that we necessarily think over-the-top influencers are trying to be harmful. There are often some good ideas in there! The problem is in the approach. We’ve said it before, and we’ll say it again:

There is no one right thing that will work for every law firm. There’s no magic bullet that will solve everything forever.

That’s why you have to take these seemingly super-popular opinions with a grain of salt. As an example, let’s look at some trending claims about the benefits of Google websites built via your Google Business Profile. It’s a pretty good real-life case study in this kind of thing.

Some agencies and influencers have been spreading the word about how these “Google websites” are the next big thing that EVERYONE should be doing. And it makes a kind of surface sense—if Google lets you build a website through their service, shouldn’t you be doing it?

So, these influencers recommend that you create a Google site and use it one of two ways:

But here’s the truth about Google websites…

Google websites have been around for a while. Until recently, they haven’t had the best reputation, and there’s little evidence to explain the sudden interest in them other than the fact that some influencers have been talking about it. As far as the techniques they suggest…well, there are problems there, too:

So, while some people may be getting some results from using Google websites, it’s not necessarily a good bet for everyone. It’s potentially very risky, especially for well-established businesses with a reputation to maintain. There’s also a decent chance it will backfire instead of boost you, and it potentially confuses the traffic that should be funneled directly to the highly optimized site you already pay to maintain.

In other words, it’s all a lot more complicated—and a lot more dangerous—than it seems.

We strongly believe that everything you do to market your law firm should be done within a greater strategy of time-proven techniques. And, if you want to run experiments with new trends, you need to start small, mitigate your risks and have an eye on the things that are already working in your favor.

That’s why we don’t recommend trendy techniques or niche strategies until we’ve done the research and can confidently tell you that it’s something worth trying—and, even then, we’ll recommend you do it at a pace that makes sense for your law firm and within your overall strategy.

And that’s what you want to look for in a trusted expert—evidence, long-term strategy, and meaningful choices.

We’re definitely not saying that you should ignore everything any SEO influencer has to say. We’re simply advising caution and some critical thinking before you take a blind plunge into something that seems to be the hype of the moment.

A lot of these kinds of claims are designed to disrupt trust in established authorities so that the influencer can sweep in and “save” clients with these experimental techniques. They get you riled up about an issue, tell you that everything you’re doing is wrong, and propose a simple-sounding solution that they say will give you an edge.

Everyone gets tempted by these kinds of claims, but you have to look at the motivations and facts before you get swept away:

So, you don’t have to ignore these claims entirely, but you do need to look at these ideas with some optimistic caution. These influencers are often really good at selling their own personalities online, but they aren’t necessarily good at marketing other businesses, people, and industries.

In a lot of these cases, it’s essentially an experiment, and you get to be the hamster. But it’s your life and your business on the line.

Is something you heard from a new influencer making you wonder? Get the facts straight, analyze your marketing strategy with the experts, and get no-strings-attached guidance on where you can get the most juice for the squeeze—and keep getting it over time. That’s what we’re here for.