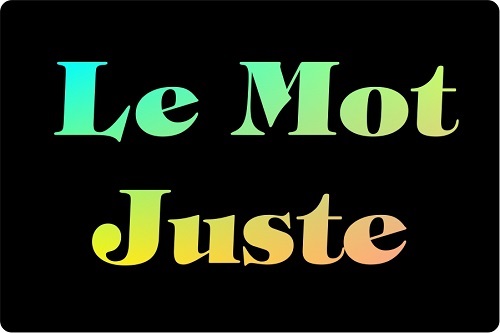 have a phrase for it: le mot juste, “the right word.”

It’s attributed to Gustave Flaubert—yeah, the Madame Bovary guy—who is said to have believed the essence of good writing consists of tracking down the singular right word for the occasion.

Well, what works for the 19th century realist novel also works for content writing. Look, when writing material for your professional website, you should always have three goals in mind. First, what you write should always aspire to give your reader new and useful information. Second, your writing should build trust in your business. Third, you should inspire the reader to take action that will bring him closer to becoming your organization’s client or customer.

Using exactly the right diction means you’re writing clearly, but it also triggers an emotional response in the reader that will move him toward fulfilling all three goals. And that’s a great thing.

Ah, but what happens when you can’t find that elusive “right word”?

The Slings and Arrows of Outrageous Content Writing Mistakes

For some reason, in recent weeks I’ve been seeing a lot of diction and usage errors on doctor, lawyer, and small business websites. Everyone is shooting at the target, but most people are missing the bull’s-eye. And even though I’ve been reading webpages produced by our competitors, I’m not going to say the fault is hack writing or writers who are not fluent in English. Most of the time, the text is perfectly serviceable…and then you encounter one or two words that are jarring because they are out of place.

What are some of the reasons why we see sloppy usage errors?

You want some examples? Sure, I’m glad to oblige. These are all paraphrases of mistakes I’ve encountered over the last few months: 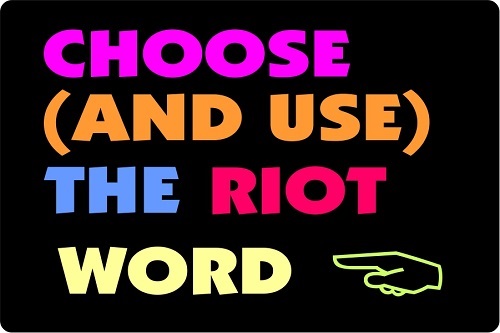 nder if anyone is hurt when the content writer on your staff slips up a little. Yes: your business is hurt.

If you keep using almost the right word, then some readers will decide that your business is almost the right one to serve their needs…but they will pass you by. They want someone who gets things right the first time, and you don’t seem to fit that description. Your readers never make the conversion to becoming contacts, let alone clients.

The best defense against making an embarrassing usage error is the same recommendation all your writing teachers have told you: proofread your work. And then—because you can’t always recognize your own mistakes—have someone else also read through it again. This will not catch every error, but it will trap most of them.

Foster Web Marketing isn’t merely one of the nation’s top marketing software and website design companies. It’s also a content factory. Our wordsmiths and editors produce made-to-order books, reports, blogs, feature articles, and other promotional material to your specific needs and schedule. Finding the right words and bolting them onto a sentence? That’s our job! To learn more about what our team can do for you, call 888-886-0939 today.