It’s apparent there is some confusion about using expletives in informative business web content. In fact, there are many signs that many writers don’t know what an expletive might be. We can clear this up in the five minutes it will take you, Gentle Reader, to get through this essay. 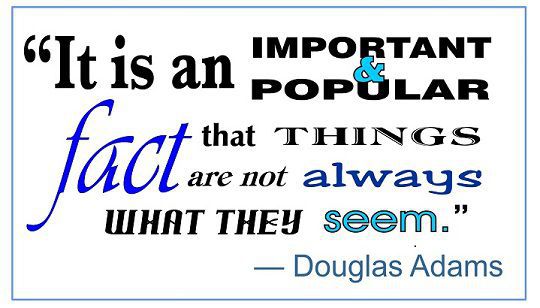 It’s Not (Much) About Dirty Words

To many people, the word expletive conjures up thoughts about profane or obscene language that has been censored from public transcripts of newsworthy events. (This is not to suggest that you would ever consider swearing on your website.)

That’s only part of the picture. In truth, an expletive is a word or cluster of words that take up space and fulfill a grammatical role in a sentence, but really don’t add meaning. Swear words, like other interjections—think “Heavens to Betsy!” or “darn”—are not much more than little emotional outbursts.

For prose composition, we’re most interested in a particular type of expletive construction that has three components:

In expletive sentences, “there” and “it” are sometimes referred to as “dummy subjects” or “placeholder subjects.” Even though those words fill the subject’s place in the sentence, meaning comes from other words. Grammarians even disagree about the part of speech that “there” represents in an expletive sentence. (Pronoun? Adverb? I’m not taking sides in that battle.)

Be aware of how those two words can make expletive sentences easy to confuse with other constructions:

At this point, you may be tempted to scoff, “Yeah, sure. Now I can recognize expletive sentences, but what’s the bottom line? How will that make me a better writer?”

To such a challenge, I would reply that expletive sentences demand close attention because they make it so very easy to commit grammatical blunders—specifically, errors in noun and verb number. Yes, that’s right: we’re talking again about mistakes in singular and plural words, easily the most common gaffe for content writers. Consider these representative samples:

What’s the Big Deal? In a Word: Wordiness

The second consideration to bear in mind when using expletive sentences is how easily they make your prose lifeless and wordy. Consider the sentence, “It is urgent we appeal your denied disability claim right away.” The expletive construction makes this seem indifferent or uninvolved, rather than “urgent.”

That’s an inherent problem with expletive sentences: they tend to have a distancing effect. Using “it” or “there” instead of a concrete noun phrase robs vitality from your prose. And, as you will recall, the expletive sentence by definition packs in extra words which add no meaning; this flies in the face of conventional wisdom to practice word economy.

Unfortunately, one can easily fall into the habit of writing expletive sentences over and over again. The result is arid, sleep-inducing prose that drives readers away. Boring content is deadly to your goal of attracting and retaining readers.

It’s lucky, then, that most expletive sentences can be re-written to eliminate bloated phrasing. “We must appeal your denied disability claim right away” is a way to revise the earlier, wordy sentence…and it does so in a way that suggests a partnership between the writer and his prospective client, thanks to the word “we.” Or consider a few more examples where changing from the expletive sentence structure makes the prose tighter and more persuasive:

Must We Stop Using Expletive Sentences?

Despite the trickiness involved in using them well, expletive sentences should not be removed from your case of writing tools. No other sentence construction can truly substitute when a writer wants to assert something exists…or that it doesn’t. Writers who have mastered English have used expletive sentences in remarkable ways, and we’d be much poorer without them:

You’re in command of your own writing. Becoming more alert to certain aspects of grammar and usage—today, expletive sentences—can only empower you to write content that is more persuasive and engrossing. It’s part of the educational mission at Foster Web Marketing to help you produce compelling website content, and we feel proud when you flourish and prosper.

Special homework assignment for obsessive readers: Go back and re-read this essay, and notice where I deliberately used expletive sentences. Was the writing effective? Which of those sentences need revision to a more dynamic, less wordy construction? You can report (and debate) your results using the comment function on this page.