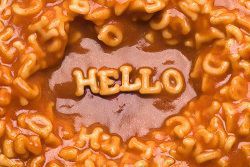 There’s big news from Google, but it’s not another search-engine update. The company announced on August 10 that it is now splitting its projects into several companies under the name Alphabet. Instead of Google being the same company that handles everything from major Internet services (like its search engine, Maps, and YouTube) to high-tech research projects (like X Lab and Calico), the search-engine giant’s many projects will be broken up into smaller, streamlined companies that can focus more clearly on their goals.

According to co-founder Larry Page, Google’s managers chose the name Alphabet because “it means a collection of letters that represent language, one of humanity's most important innovations, and is the core of how we index with Google search. We also like that it means alpha-bet (Alpha is investment return above benchmark), which we strive for!”

Page will now serve as CEO of Alphabet, with Google co-founder Sergey Brin as company president. Sundar Pichai—who was most recently in charge of product and engineering responsibilities for Google’s internet projects—will step into the role of CEO of Google. Page says that they hope to also appoint a “strong CEO” to each of the companies under the Alphabet umbrella to make sure the change is a success.

Wait a Minute! Will the Switch to Alphabet Affect Me, My Business, or My SEO Efforts?

That all sounds great for Google and its projects, but what happens to your SEO efforts now that the big change is live? The good news is that you can relax. The change to Alphabet is unlikely to affect the major Google products you’re used to—except ultimately to make them and the overall experience you have with Alphabet companies better. While Page says that Google will be “slightly slimmed down,” its services should remain quite familiar to its huge user base and continue to improve.

Ultimately, the change to Alphabet seems to be about giving each of Google’s projects the attention and independence they deserve, rather than trying to do everything under the Google name. In his blog post announcing the change, Larry Page says that the change will ideally allow the companies under the Alphabet umbrella to:

Eventually, Alphabet will replace Google on Nasdaq, but its GOOGL and GOOG ticker symbols will stay the same.

Do you have questions or concerns about making your website, marketing efforts, and online content all they can be? The online world is always changing, but you don’t have to get left in the dark. Call 866-460-3724 today to talk to our talented team about what we can do for you.