Google Is Making the Switch From Cookies to “Cohorts” 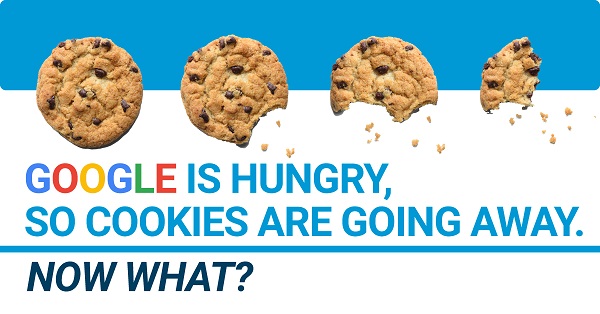 Third-party tracking cookies have flown under the public’s radar for ages, quietly collecting individual data in the background as each person moves from website to website. However, as the public has started to wise up about who is tracking them online and why, you could say that they’re more than a little weirded out about all the data collection that’s going on.

Isn’t that all a little bit…creepy?

If you think it is, rest assured that you’re probably with the majority. The rising opinion from tech experts and regulators is that individual tracking performed by “third parties” (people that don’t own the site you’re on) is an invasion of privacy. So, the whole tracking-based advertising industry is under big pressure to change its ways.

Some browsers, like Firefox and Safari, ditched third-party tracking cookies several years ago. Google, also recognizing that privacy is the future, recently announced that it would remove support for third-party cookies from its own Chrome browser and platforms.

With the size and dominance of Google’s ad network, this is a big change that’s making big waves. But it’s not the only trick Google has up its sleeve.

With the announcement that it’s phasing out third-party cookies, the search-engine giant also revealed that it has a new advertising technology that could strike a happy medium between advertisers and users.

Do you panic when you hear Google is making another change? Do you wonder how your website is doing but feel a little afraid to ask? Get clarity with a free marketing analysis, and let’s get you on an informed path to digital domination.

Before we get into what Google’s change means for you, let’s start with the basics. Third-party tracking cookies are used largely by advertisers to track you around the internet as you browse. Those tracking cookies help advertisers develop a profile of your user behaviors (like which sites you visit). With that information, advertisers can then target their ads more squarely on your interests—and, ideally, show you more ads that you are likely to click.

On one hand, this means users are more likely to see ads that they actually care about. On the other hand, that’s a lot of people’s data in the hands of thousands of different companies—and most people these days find that idea just plain scary.

What Is Google’s Plan After Third-Party Tracking Cookies Disappear?

Well, maybe we should say a “new-ish” advertising technology. If you know much about how targeting works on Facebook, then Google’s new model will probably sound a little familiar.

Rather than allowing companies to track individual users, Google will group people into “cohorts,” which are groups of a few thousand users with similar browsing habits. Advertisers will then be able to target cohorts as a whole instead of individual users. The idea is to better protect users’ privacy while still serving up ads that are relevant to them—it’s sort of like being hidden in a crowd!

Of course, not all cookies are going away with this move. Google will still use first-party cookies to collect data when you use its own services and sites, like YouTube and Google Search. And Google will still target ads to you based on that information. However, with all that said, it’s clear that Google believes the long-term trends are headed toward a more privacy-minded Web.

Do Law Firm Marketers Need to Worry About These Tracking Changes?

With the information we have from Google at this point, we don’t believe that these changes will have much of an effect on how end-users receive their ads. And we don’t believe law firms and medical practices running pay-per-click ads will experience any major changes, either.

Yes, Google is changing its targeting by putting people into "cohorts" instead of targeting them individually. But, ultimately, that change is happening behind the scenes. The way you create and design your ad campaigns should remain relatively unchanged, and there is nothing special that you need to do at this point.

Keep in mind that this is all very new information, and this IS Google we’re talking about. Things could always change in the future!

For now, though, go ahead and breathe a sigh of relief. It’s a big change, but it looks like very little will actually change on the front end.