Should You, as a Business Owner, Invest Time and Money in Your Yelp Listing?

Yelp! Given its recent legal troubles, the review site’s once catchy name now seems like a cry for help.

Over the past few years controversy has tarnished Yelp’s good name. Here are the main problems the local listing giant is facing:

This is a serious accusation, but as time goes by it seems to be holding up.

What Yelp has done is manufacture a problem (competitor ads on your page) and then create a solution to the problem (pay us and we will take them down…at a cost). This isn’t too shocking—after all, Avvo does much the same thing—but it’s not awesome either.

What’s troubling is that allegations continue to surface that Yelp has taken down positive reviews after a business owner refused to pay for ads. There have also been multiple allegations that Yelp has manufactured bad reviews for businesses that refuse to advertise on the site. In fact, since 2008, the Federal Trade Commission has received over 2,000 complaints about Yelps advertising practices. According to the Wall Street Journal, “Most of the complaints are from small businesses that claim to have received unfair or fraudulent reviews, often after turning down a pitch to advertise on the site…” [Emphasis mine]

Local Virginia business Hadeed Carpet actually took Yelp to the Virginia Supreme Court in 2014 over anonymous reviews that Hadeed thought were fraudulent that Yelp refused to take down or identify (so they could confirm whether or not the reviews were left by actual customers).

These charges of extortion caused shares in Yelp to tank. But before they tanked, top execs dumped their shares. Surprised? Of course not—it’s what executives do. What might surprise you is that Yelp’s shareholders are now suing. The defendants allege that:

Don’t Write Off Yelp Yet

It’s clear that Yelp hasn’t exactly been virtuous. But this doesn’t mean that you should walk away. Despite a pile of lawsuits and negative publicity, Yelp has somehow maintained its image as a trusted review site and its popularity shows no signs of slowing. Because of this, it’s our recommendation that you:

And in spite of business owners crying foul, Yahoo recently made Yelp a partner. Now the search engine gets its review information—as well as name, address, and phone number info—from Yelp. So whether you are a fan of Yelp or a detractor, you need to ensure that you’re listed correctly on Yelp and everywhere else.

But What About Paying for Ads?

This is a question we get a lot, and it’s one that must be answered on a case-by-case basis, as many factors must go into this decision. Before you jump on board and buy an ad on Yelp, do consider the following:

As you know, Yelp isn’t the only review site out there, and for you, there may be a physician or attorney-centric site that better suits your needs. We’ve created to in-depth lists of sites that all attorneys and doctors should be listed on with specific advice on how to get the most of each site.

Have you noticed suspicious activity on your Yelp account? Or are you pleased with the results you get with them? Either way, please comment below! 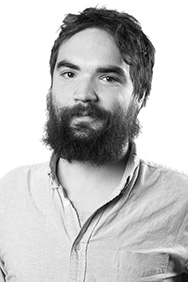 by Matt Casey [email protected]
Connect with me
SEO Analyst & Web Strategist
2 Comments
Thanks for the feedback Dave. All very good points. Yelp is actually party of Google's display network, so rather than paying Yelp directly for banner ads you can get that ad for pennies on the dollar by targeting Yelp through Google's display network.
by Zach Stone July 17, 2015 at 08:20 AM
This is a well balanced article and there may be hope for Yelp yet. In the meantime, Yelp visitor volume is slipping as reported SEMRush from 140M to 82M a month. Yelp itself published that Google has been demoting it in search rankings. When buying advertising, one should look at the cost per thousand impressions. You might find that Yelp's is 1000x more expensive than Google advertising. In addition, there are some viable alternatives to Yelp. First is Zomato which owns Urban Spoon and has an alliance with Uber. Zomato directory sees 80M visitors a month and their advertising is much less expensive than Yelps. Next is AroundMe app. It is available in 200 countries, Yelp is available in 32. Most recently and most exciting is Twizoo which rolled out in San Francisco and will be rolling out throughout the US. Twizoo charges only on performance. In other words, you don't pay a penny if you don't get customers and it is free to sign up. The average Yelp advertiser pays $7,200 a year (for ads they can get on Google for $7.20) and there is no guarantee that a single customer will come in the door. As with any marketing campaign broad visibility will increase overall results while ensuring you are placed with the trend makers. Make sure you have applicable listings with Facebook, Amazon (services) and Google where applicable. If you are a restaurant, look into Groupon's new delivery service for added free marketing.
by Dave July 16, 2015 at 11:35 PM
Post a Comment